Each Friday I’ve been putting up what I thought was the best photo of the week, usually with a story relevant to the time of year – what’s in flower, what work I’m doing, what’s being harvested, how the whole system is operating. Some weeks it’s an easy choice, but some weeks it’s been very hard to choose. So for the end of the year, here’s a selection of photos that would have made it in had there not been something that just tipped them out. This is the first half – second half tomorrow. 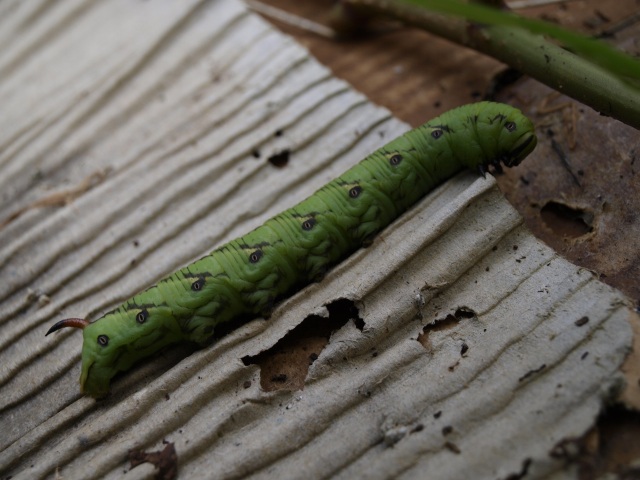 July 2013. The caterpillar of what I think is a hawk moth – it has the little horn on the tail, the spots along the side and the funny head. And the size.

August 2013. Little snails are feasting voraciously upon my fenugreek. There go my dreams of having enough spare leaf matter to make aloo methi.

September 2013. I don’t know the name of this weed. Every time I see it I mean to look up if it’s actually a kind of chamomile or just a really irritating prickle plant. 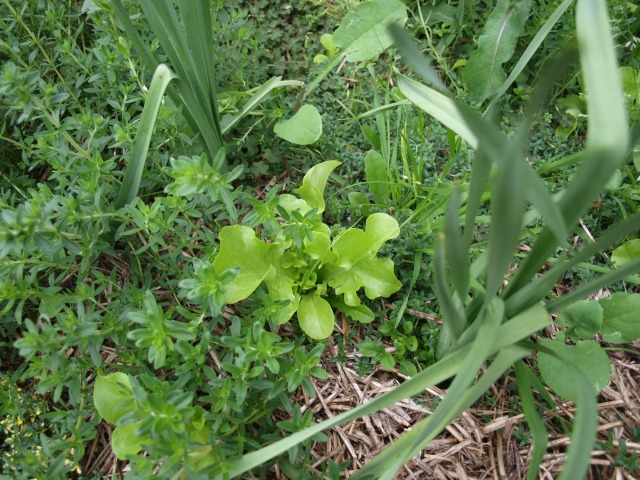 October 2013. Lettuce seedlings volunteered to grow in the primary tree bed amongst the thyme and daffodils. None grew in any of the beds where I planted it.

October 2013. I planted a large batch of warmth-loving seedlings, mostly melons and cucumbers, and also a few kinds I should have done back in August. These are purple king beans and purple salsify, meant for planting under the Cercis siliquastrum.

November 2013. Dill is from the plant family usually known as Apiaceae, but once known as Umbelliferae due to their distinctive flower head structure.

November 2013. I allowed the silverbeet to bolt at the beginning of its second warm season, having grown it for almost a full year at this point. I could have continued growing it but was resting the bed.

November 2013. I love the shape and colour of the Cercis siliquastrum leaves. I think it’s wondrous how they glow deep at heart and then bright at edge when you look through them towards the sun.